Almost 31% of the population in the Coral Triangle nations are dependent on marine resources; and many of them live around and use marine resources from turbid reefs (Photo by: Stevanus Roni)

Nowadays, issues of turbidity and sedimentation on coral reefs have received increasing attention from scholars1–6. This is perhaps because turbid reefs comprise 30% of reefs in the Coral Triangle (i.e., a marine ecoregion that consists of six countries: Indonesia, Malaysia, Philippines, Timor Leste, Papua New Guinea, and the Solomon Islands) and 12% globally6; however, our understanding of these murky environments is still limited. Challenges in conducting research in low visibility, high sedimentation, and silty environments, or constrained funding can be a few of the reasons that hinder studies in turbid reefs.

Turbid reefs are light-limited coral habitats and typically are situated at shallow depths (<10 m) and nearshore (<20 km from the coast)1. Turbid reefs feature water column turbidity with a high concentration of suspended particulate matter (SPM) consisting of inorganic materials that derive from terrestrial sources through river run-off or wind-driven mixing, and organic materials such as phytoplankton, zooplankton, and bacteria. These particles absorb and scatter the amount of light in the water column, creating a low-light environment. Depending on the sources of turbidity, turbid reefs can be broadly categorized into natural turbid reefs (i.e., source of turbidity from river run-off, flooding, etc.), anthropogenic turbid reefs (i.e., sources of turbidity from deforestation, dredging, coastal development, etc.), or mixed natural-anthropogenic turbid reefs1. The state of a turbid reef can be dynamic over a long period; for example, a natural turbid reef can change into an anthropogenic turbid reef when there is an unstainable land-use change or vice versa, and it depends on how we use and manage our coastal environments.

From several available studies, evidence shows that turbid reefs are characterized by reduced growth, coral bleaching, and mortality13, relatively low coral cover and high algae cover14, and typically dominated by stress-tolerant coral taxa15. Turbid reefs near cities or urban areas have a higher risk from future global stressors (e.g., global warming) than turbid reefs in remote areas1 because they are more exposed to additional diverse and numerous local threats. Although turbid reefs may have lower ecological functions than other reef systems, such reefs still provide value in terms of biodiversity and for the communities living in the surrounding areas11,16,17. With our current limited knowledge on turbid reefs, this clearly highlights a need for more (comprehensive) research into these issues in order to better understand the impacts of stressors and to improve turbid reef management.

To reduce further degradation or improve the condition of turbid reefs, an appropriate area-based management and conservation strategy is necessary. The common approach by implementing marine protected areas (MPAs) that are widely used across the globe can be used for conserving turbid reefs, subject to local conditions and if the local authorities and communities wish to do so. Nevertheless, for an MPA to achieve its intended biodiversity conservation goals, there are minimum requirements that should be fulfilled, including ecological requirements (e.g., having healthy coastal ecosystems, unique species, and/or low local threats)18 and management capacity requirements (e.g., human resources, enforcement, funding, etc.)19. An alternative area-based management approach should be applied when the turbid reefs cannot meet such requirements.

In 2010, the Convention on Biological Diversity (CBD) introduced a new conservation tool to complement MPAs, namely other effective area-based conservation measures (OECMs). Unlike MPAs that aim for long-term biodiversity conservation, OECMs can have diverse management objectives (e.g., customary management, fisheries, tourism, and many more), but they must contribute to in situ biodiversity conservation20. OECMs can have a diverse range of area-based practices and mechanisms, such as traditional fisheries tenure rights in the Philippines21, fish aggregation device installation in Malaysia22, community-based mangrove rehabilitation23, and private-led no-take areas24 in Indonesia, provided that these areas have some form of management and are governed by an entity, and deliver biodiversity outcomes. This OECM concept aligns with the famous Nobel Prize winner Elinor Ostrom’s theory on common pool resources25 where common resources (e.g., fishes, seaweeds, corals) could be well-managed by individuals or communities who live nearby the resources. With the high flexibility of OECM management in terms of the mechanisms, governing body, rules, and enforcement, OECMs have considerable potential to be applied for conserving turbid reefs.

Although the CBD has equally promoted MPAs and OECMs for reaching global conservation targets (i.e., 10% of conserved marine areas in 202026 and 30% in 203027), there are still limited ‘real-life examples’ of official OECM recognition, especially in the Coral Triangle. With the communities’ high dependency on marine resources and rich traditional marine management11,28, this region indeed has diverse area-based practices other than MPAs that can be recognized as OECMs. A recent study shows that Indonesia has a high diversity (~14 types) and number (>390) of potential marine OECMs29 (Figure 1), some of which are located in turbid environments.


With the rapid coastal development and intensive terrestrial activities in the Coral Triangle nations, which may add even more sedimentation and turbidity pressures to reef environments, we are racing with time to understand the ecological characteristics and processes of turbid reefs and to find suitable ways to manage and conserve them. My research (ESR5) within the 4D-REEF project tries to address these challenges by evaluating long-term turf algae and fish herbivore patterns, identifying the distribution and effectiveness of potential marine OECMs and their overlap with turbid reef environments, and documenting the ecological and social values of OECMs to conserve turbid reefs. Indonesia, my homeland, serves as my primary study site. My study on turbid reefs will provide an added value to the current limited knowledge of turbid reefs and provide valuable information to support the long-term marine conservation in Indonesia and the Coral Triangle region.

MSc in Environment and Resource Management 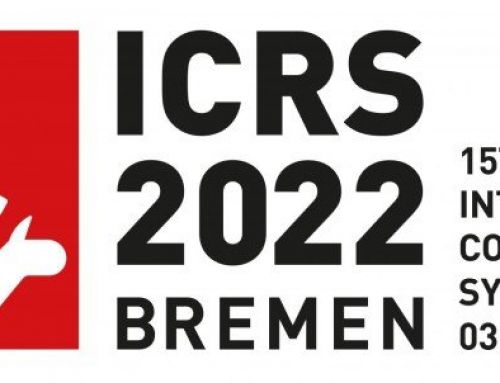 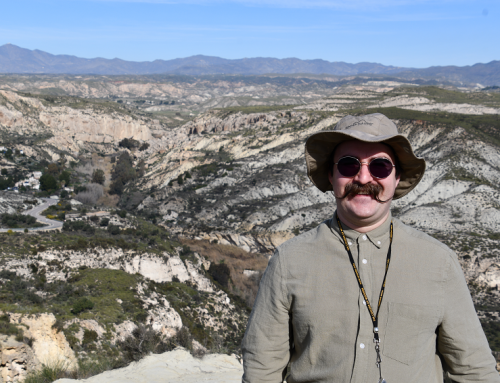