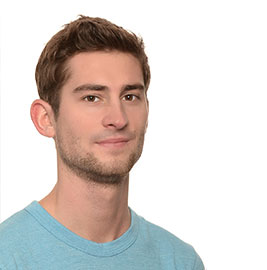 His current research is based on ecological niche modelling and centers around past and present geological, environmental and climatological controls on coral species distribution in the Coral Triangle. Aiming to identify and explain spatial biodiversity patterns, he uses probabilistic hazard and risk assessment tools. To hindcast late Neogene and Holocene coral taxa distributions, his model results are trained and validated against the largest available dataset of extant coral taxa from the Indo-Pacific. During the project implementation, three secondments are planned at the British Centre for Environment, Fisheries and Aquaculture Science in Lowestoft, UK, at the Earth Observatory of Singapore as well as at the Natural History Museum in London, UK.

By JC Fischer & Elsa B. Girard (ESRs at University of Bristol and Naturalis Biodiversity Center) Environmental conditions can provide essential information for any ecological