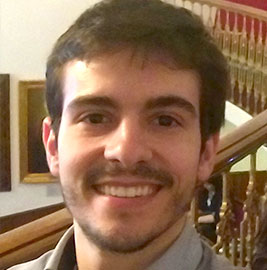 Leonardo Bertini, based at the NHM in London, has a Bachelor in Oceanography (IOUSP, Brazil) and a joint Master in Marine Biological Resources (UGent, Belgium & UiB, Norway). He has conducted research using Earth System modelling to assess biogeochemical timescales of climate change onset and recovery in the North Atlantic and has also used coral 3D photogrammetry to look at the relationship between coral 3D complexity metrics and fish assemblages in the Chagos Archipelago.

Within 4D-REEF, Leo will develop a high-throughput analysis pipeline to measure growth and bioerosion in massive corals using µCT and AI, teaming up with the Department of Computer Science at the University of Bristol (UK). His research goals include decoupling anthropogenic and natural effects of turbidity on growth and bioerosion rates, ultimately comparing these to the Pliocene fossil record, when turbid corals also experienced global warming, to better understand the future of the Coral Triangle.

By Leonardo Bertini (ESR at Natural History Museum London) I had a closer look at some of the samples that Prof. Willem Renema’s team from

My first day back at the NHM Collections

By Leonardo Bertini (ESR at Natural History Museum London) After many months of working from home, I was very excited to get to visit the

By Leonardo Bertini (ESR at Natural History Museum London) In academia, we often do not associate the term ‘resilience’ with one’s individual ability to cope