Open and inclusive science can pave the way for baselining biodiversity

Open and inclusive science can pave the way for baselining biodiversity

Studying gastropods (currently the second most diverse group of animals, only after insects) from Indonesia (which is right smack in the middle of a marine biodiversity hotspot) can be quite daunting. Comprising all the mucusy snails and slugs, gastropods are rockstars of evolution and adaptive radiation and are made up of incredible diversity both in form and function. It can be particularly challenging to study this group of organisms because despite their widespread occurrence and abundance, they are still generally understudied. Research conducted on Indonesian marine gastropods have so far been patchy and disproportionate and have mostly focused on certain species or families at best. Not much is known about the total diversity of gastropods in the sea and with limited information, one can only go blindly moving forward with their research. In this aspect, and while we’re still stuck working from home, I turned to free and open access databases for help.

The importance of open science for biodiversity
Acknowledging the importance of making scientific research available to the public – be it in published articles, data, actual specimens, or software packages – was a giant stride in the right direction for modern science. Open science allows for transparency and reproducibility and stimulates collaboration. It limits redundancy and wasting of resources as increasingly data-driven scientific research continues to generate data at exponential rates. Through this, the creation of many free and publicly accessible databases and repositories, data standards, open-source tools, and open-access journals across different fields has been promoted. In connection with biodiversity studies like mine, natural history museums around the world which host hundreds of millions of field specimens, have started digitizing their samples and uploading these for any researcher interested in studying them (Figure 1). We stand on centuries worth of biodiversity collections but having restricted access to these will only defeat the purpose of their keeping. 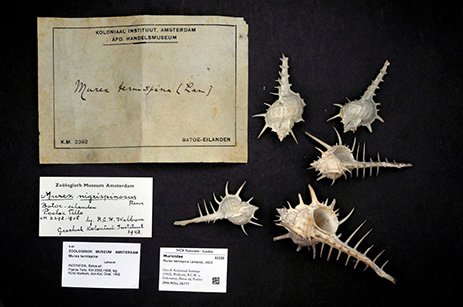 Figure 1. Shell specimens of Murex ternispina collected in 1942 from the Batu Islands of Indonesia and kept at the Naturalis Biodiversity Center in Leiden. (Retrieved from https://bioportal.naturalis.nl/specimen/ZMA.MOLL.26777 on 13 May 2021)

So, how many species are there?
Global and regional species diversity and distributions can be inferred by working through a pipeline of data repositories. A dataset of species occurrences can be downloaded from the Global Biodiversity Information Facility (GBIF), which has become one of the largest databases for species occurrence information. It stores standardized biodiversity data of animals, plants, down to the microbes and viruses that are uploaded by major academic institutions and museums and even “amateur” naturalists around the world. Link this dataset up with the World Registry of Marine Species (WoRMS) and you can easily update these records with authoritative taxonomy (reducing species assignment errors due to name revisions) and trim down your data further to what you really need. (You can then continue to work on the genetic resources available for these through BoLD and GenBank, but that’s for another time. :p)

For my project, I downloaded the occurrences of all gastropods recorded in Indonesia and filtered them to marine-only taxa that must have both a locality and at least a genus identification. I ended up with a 43,009-record dataset with specimens collected all the way back to the 17th century. It was estimated that marine gastropods in Indonesia may comprise around 1,500 species (Hutomo and Moosa 2005). However, exploring the downloaded dataset (GBIF.org 2021) reveals that in a timespan of over 200 years, this hyperdiversity hotspot has been home to more than 3,000 species! And this count doesn’t even include the unnamed ones!

Figure 2. (a) Species occurrence and (b) Proportion of shelled and non-shelled gastropods from records provided by academic institutions and by citizen science movements through the years.

Inclusive science helps fill in the picture
Examining the many contributing institutions of the dataset, we can notice the significant input of citizen science in the past decade (Figure 2a). Primarily through the iNaturalist platform, anyone with a camera can upload an observation of an organism and have the community of avid naturalists and scientists improve the record by vouching for or amending its taxon identification. This participatory kind of monitoring has been helpful in expanding the species coverages, notably for gastropods. With the recent interest in underwater photography and nudibranchs (Figure 3), recreational and professional SCUBA divers in the last couple of years have been sharing and uploading their underwater observations in citizen science platforms. This boosted the species occurrence records of non-shelled gastropods (including the non-nudibranch ones; Figure 2b), which would otherwise have been inadequately represented in museums’ plethora of seashells, showing just one of the many things that the community can contribute to science. 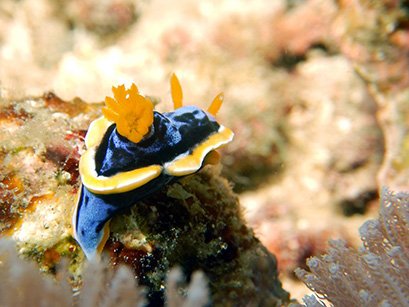 Figure 3. A chromodorid nudibranch (Batangas, Philippines) perhaps wondering when they would get the vaccine.

Moving forward
But of course, characterizing baseline diversity has always been only the first step. Open and inclusive science have provided us with starting information to work with, but we still don’t know how much of this previously recorded diversity has already become locally extinct nor what is still left for us to protect and manage moving forward. These can only be known through continuous monitoring and research, which fingers-crossed my 4D-REEF microgastropod project will contribute to.