Coral reefs are having a hard time. Reefs in the Coral Triangle, roughly spanning Indonesia, Malaysia, the Philippines and Papua New Guinea, stand out for their species richness. However, they are in close proximity to areas with high human population densities, often depending on the reefs for sustenance. Ongoing anthropogenic environmental changes in the sea, on land and in the atmosphere have severely degraded many important coral reef environments. Will these reefs stand a chance in the future with ongoing climate change and pollution?

Turbid habitats might have a role in preserving future coral reefs

Fossil data show that reefs living in so-called turbid habitats, characterized by the influence of terrestrial run-off, played an important role in the origins of coral reefs in the Coral Triangle. Usually these reefs are considered as occurring in marginal conditions, but we think that they might have a role in preserving future coral reefs. High coral cover and recruitment on present-day reefs suggest that, despite the presence of large human populations, turbid reefs have the capacity to withstand environmental pressures. In combination with future projections of environmental conditions, information of past and present states of reef ecosystems can be used to forecast future trajectories of turbid reef habitats, biota, and ecosystem function. 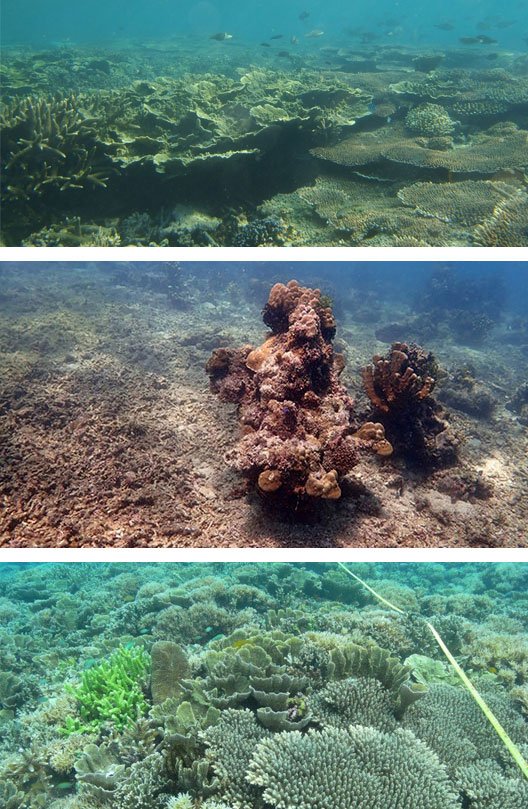 4D-REEF will provide a quantitative assessment of recent, Holocene and Pliocene biota, and the interaction with the abiotic environment across gradients of environmental degradation. This information will be used in ecological niche models to predict the future distributions of key reef biota. Additionally, innovative techniques such as hyperspectral imaging and acoustics will be used to map the benthic composition and topography of large reef areas and visualise these in 3D reef models.

Carbonate production is the key feature of coral reefs underpinning all other ecosystem services that reefs provide. 4D-REEF aims to quantify different aspects of the relation between carbonate production, bioerosion and reef accretion with respect to environmental conditions. Geochemical and biological proxy records will provide a four-dimensional palaeoenvironmental dataset. The abiotic benthic environments will be characterised utilizing X-ray computed tomography and automated image analysis. 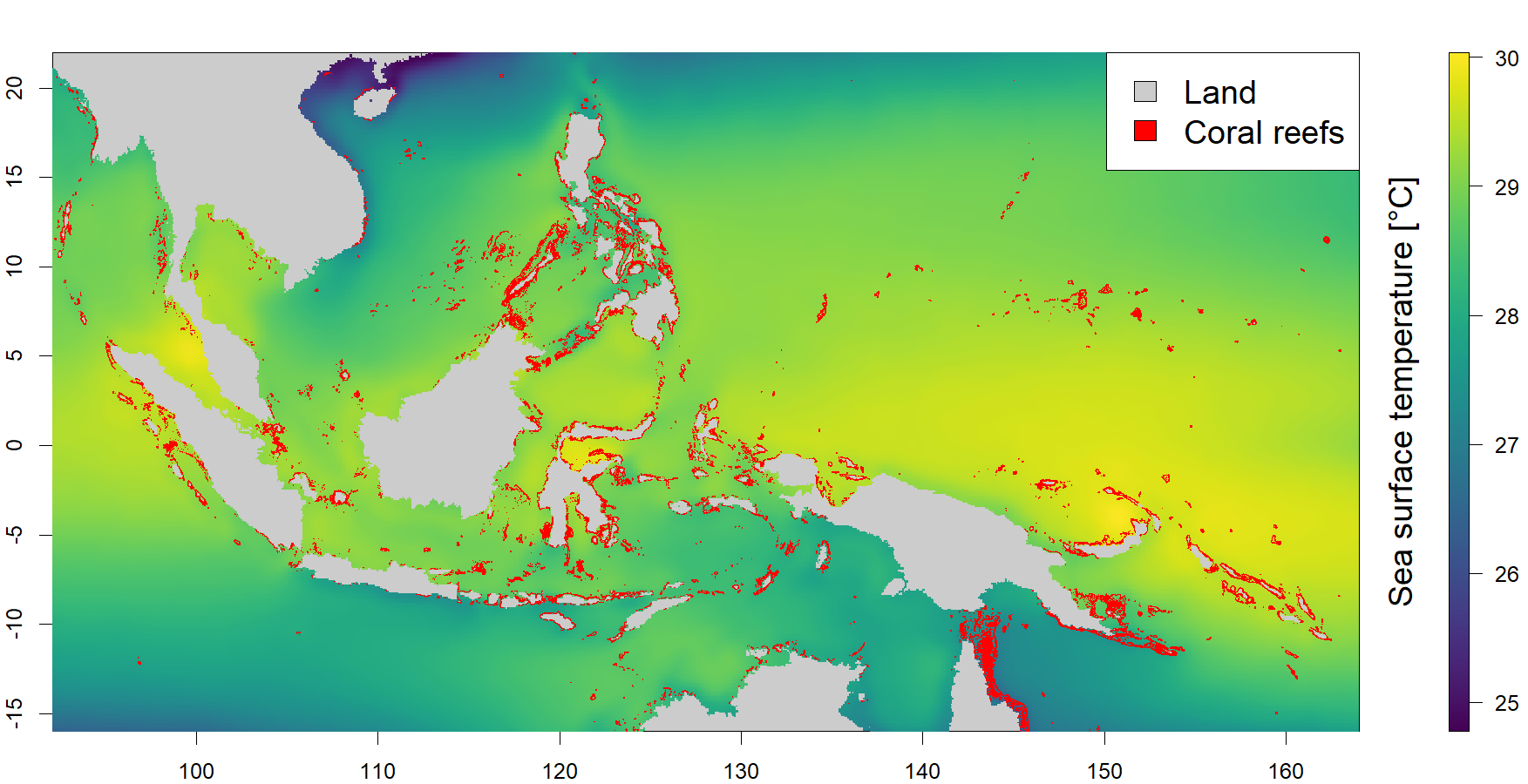 Earth System models incorporating Holocene and Pliocene boundary conditions will be used to better understand trajectories of future climate change and to describe the functional relationship between environmental conditions and dominating carbonate producers. All quantifications of biota and reef functioning will ultimately be incorporated in a predictive model of turbid reef distribution in the 22nd century.

Click on the project name to learn more about this ESR research project.


Lessons from the Past

Many changes in coral reefs occur over time spans that are longer than human observation, or have no modern analogue. We will use data from the fossil record to characterise ecosystem functioning in Holocene (<10 thousand years ago) reefs prior to intensive anthropogenic influence, and reefs from the Pliocene (roughly 3 million years ago) represent future greenhouse world conditions.

There are still many uncertainties about Pliocene climate, at least in part due to a scarcity of detailed climate records from tropical areas. Using newly collected sub-seasonally resolved palaeoclimatic records interwoven with climate and carbonate budget models, 4D-REEF will provide new insights in the relationship between carbonate producers, carbonate production and reef development in greenhouse conditions.

Early Holocene reefs developed before large human populations colonised the islands in the Coral Triangle. Well preserved reefs document the colonisation phase of reefs, and will document the processes resulting in reef formation, as well as the earliest species colonising the substrate. Furthermore these records will be used to document changes in growth rates, bioerosion and disturbance events through time.

Observations of the Present

Coral reefs in the Spermonde Archipelago form an ideal model system to understand the ecology of turbid reefs in the presence of a large city (Makassar) and exposed to the characteristic environmental pressures experienced by reefs across the developing world. Apart from global threats, including global warming and ocean acidification, local pressures include increased terrestrial runoff, overfishing, and predator outbreaks.

4D-REEF research in the Spermonde Archipelago includes the interaction between reef biota, including corals, algae, echinoid, gastropods, foraminifera, and habitat quality. Furthermore, we study ecosystem functioning, especially processes associated with carbonate production, bioerosion, and reef development, which underpin structural complexity and most of the ecosystem services provided by reefs.

Intervals of past environmental change can be exploited to define the envelope of future trajectories for ecosystems in an era of rapid anthropogenic transformations. To achieve future ecological sustainability, it is especially important to increase our understanding of future trajectories of both ecosystem functioning and land-use change. By using environmental and niche modelling techniques across spatial and temporal scales we aim to forecast the future functioning and distribution of coral reefs.

The findings of all ESRs within the consortium will be brought together in a probabilistic forecasting model to predict how turbid reefs might respond to ongoing environmental change, where they might develop, and whether future conditions at these new sites are likely to be able to maintain critical ecosystems functions.